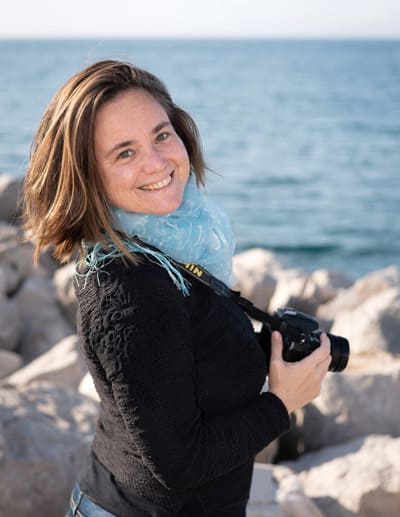 International award-winning lifestyle and event photographer based on Slovenian coast. Available for assignments in Slovenia, Europe and beyond.

Why work with me?
• my values are directly connected to providing an excellent service: integrity, trust, sincerity, connection, creativity, growth
• 25 years of experience in photography
• 10 years of experience as professional photographer in different fields of the photo industry
• professionally and individually hand edited photos
• work delivered on time – respecting the deadlines
• premium customised service – adapted to your needs
• 100% money back guarantee – in the highly unlikely event that you don’t love the photos, I will give you a full refund

"Barbara's photoshoot that she did for my company Sea Design was exactly what I was looking for. She worked to a very tight schedule and produced fabulous photos. I highly recommend her and look forward to working with her again."
Helen Murphy
Founder and CEO of Sea Design Yachtwear
"Barbara Milavec exceeded our expectations working as photographer to promote Sunrise coastal expeditions. Her passion, honesty and professionalism with attention to detail shows in her work which included still photography, above and underwater photo and video shoots with editing and uploading to advertising sites. We can highly recommend her work as photographer."
Bruce Weaving
MSV Sunrise captain and owner
"We have found Barbara online when looking for a great Slovenian photographer for our seminar - and she was everything we could have asked for! We discussed before the seminar what we expect and she was flexible and professional. During the event she made beautiful pictures - also understanding how to make all of us look good - and she made sure we have some pictures already during the event to post them immediately. It was easy and pleasant to work with her, she understood well our needs. We are very happy to have found her and will enjoy our beautiful memories from our event thanks to her!"
Luca Elek
The Tarbut Fellowship

While most of my career is focused on documentary and event photography for editorial and commercial clients, my thirst for new challenges and travels took me working across many other fields – from children and family portraits to corporate and architecture, while sea and nature photography is what stays closest to my heart. After I started sailing five years ago, a passion for nautical photography naturally followed.

One thing that stays in common with working in any field is that client’s satisfaction is priority no. 1, and my satisfaction comes from yours. As a perfectionist, I always do my best to provide excellent results.

After 25 years of photographic activity, I still find myself redefining my style and goals. What I know is that I love photography and how it can integrate in every little part of your life. It is an additional reason to go out and interact with people, as well as to find yourself in the middle of an incredible landscape, feeling the gentle breeze on your face, and catching best light of the day.

For me, it’s a way to express thankfulness and admiration for all the beauty surrounding us.

After all, success is inner happiness which we seek to awake within each other.